Tod Fletcher conducted the interview.
Posted by johnp at 7:16 PM No comments: 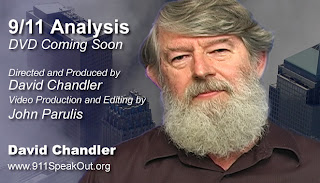 David Chandler's thoughtful 9/11 physics analysis videos famous on Youtube sites, will be available in DVD soon. The video can be ordered from http://911speakout.org

These videos have been interspersed with fresh commentary by David. The importance of these videos to the study of the building collapses on 9/11 is nothing short of historic. Take this physics challenge to scientists in the US, abroad and in any and all universities. Samples can be viewed at David's site: http://911speakout.org
Posted by johnp at 1:22 PM No comments:

Truth Sign To Be Shown In San Rafael, CA 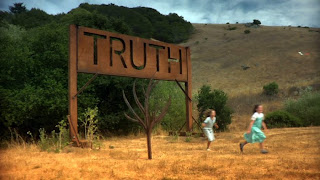 More on this item forthcoming...

The Truth About It 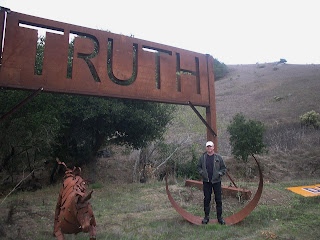 The TruthBurn music video is nearly completed and will be released here in a short while.
Thanks to Jeremy Goodfeather for composing and singing the Truth About It.
Posted by johnp at 5:40 PM No comments: 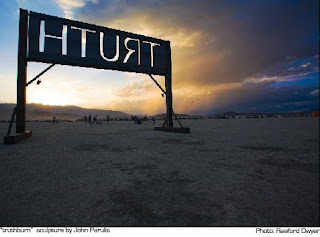 beat pharmacy
is going to use a neat picture of the TruthBurn sculpture on their soon to be released album, WIKKID TIMES
Give their music a listen, it's pretty good stuff.
Posted by johnp at 11:45 AM No comments:

Embracing and holding the thought of energetically calling for the release of the acceleration of the energies that nourish and spark personal transformation.

I believe that this is a key to healing and improving things, all over.


This is the primary thought I held as I welcomed in the New Year. My wife, who is an expert at positive prayer said ; “Every powerful emotion is a prayer “. The thoughts we hold that we hold with powerful conviction are the ones that usually get implemented.
What higher prayer can there be than to know the truth? Truth is the powerful medicine our country needs right now more than any policies, or politician.
We are all doing our parts to bring this about in the 9/11 Truth Movement. Our movement is vital to this nation and the globe because it is about acknowledging the basis for all healthy action. We can see the result of actions that are based on untruths: invaded countries, slaughtered citizenry, a trampled Constitution, torture and general despair. We have an important answer to these problems.

In Valmiki’s Ramayana, the hero, Ram, is beset with seemingly insurmountable obstacles. He must defeat a powerful demon enemy, Ravana, who can be destroyed by neither gods nor man. Ravana’s armies have spread over the kingdom bringing misery and death to thousands. In advancing over this and numerous other obstacles, Ram finds help in the form of many but especially in his adversary’s brother, a demon called Vibhishana. Vibhishana is able to make the leap out of his devotion to family and empire to see the worthiness of Ram’s cause. He makes the difficult transformation needed to help secure Ram’s victory.

By placing our already powerful desire for truth first in our lives, we are setting up the conditions that enable its manifestation. By passionately desiring those things that bring about personal transformation we are welcoming truth tellers from the side that planned and executed the attacks of September 11, 2001.

Ram was able to defeat Ravana because finally, Ram was neither god nor man but both.
Our clear intentions, our openness to strongly desiring personal transformation in all, will be the thing that carries this truth movement over the top. I don’t doubt it for a second.
Posted by johnp at 11:18 AM No comments:

As an outlet, voice, individual manifestation and aspiration for this cosmic intelligence, I claim the highest thought of calling forth truth telling on an unprecedented scale in the minds and hearts in high levels of government and other individuals. I call forth the energizing of personal courage where it matters the most to catalyze this movement of truth telling on a grand scale. I know that truth telling is at the foundation of healthy individual as well as a healthy societal life. I know that what has gone astray can be righted by a personal and public, fearless embrace of the truth, with safety for the truth teller.. The deepest space in the heart of all people knows this to be true and wants it revealed without delay. The refined and subtle physics for this is already in place and happening at this moment.

For this I give my deepest and profoundest thanks.

I release this prayer this intention this shared spark of light into the creative mind running through us all and through all of life. Happily, I know the glory of its fulfillment is accomplished already in ways unimaginable and realizable.

“When you are inspired by some great purpose, some extraordinary project, all your thoughts break their bonds, your mind transcends limitations, your consciousness expands in every direction, and you find yourself in a new, great and wonderful world. Dormant forces, faculties and talents become alive, and you discover yourself to be a greater person by far than you ever dreamed yourself to be.”

- Patanjali (circa 300BC) Cited in “Inspiration, Your Ultimate Calling”

I think it's safe to assume that there are people out there still living who know significant pieces of the real 911 story or people who know more than the pieces. What's their incentive to talk other than having a spiritual conversion? (which I believe is possible for anyone and something we ought not discount, John Newton, the captain of many slave ships and author of the song "Amazing Grace" proved that)
We have to enact a truth & reconciliation law as South Africa did after apartheid. We have to make it clear that revenge is not what we're after but the truth. We have to give serious consideration to granting immunity or limited immunity to persons willing to come forward to tell what they know. If we can't bring institutionalized forgiveness , (meaning in part, no capital punishment in the harshest of instances) into the process than we are no better than the thugs who pulled off this historic crime.
Kucinich is up to this task. Others can be brought around to giving serious consideration to truth & reconciliation.

There's also the matter of still concealed evidence, (surveillance video, documents, satellite imagery both foreign & domestic, sound & picture recordings, etc) which like the people who know something, persist somewhere. Freedom of information laws can be expanded and more importantly, enforced. Concealed information can find its way to the surface if various forms of state, public and private pressure keep mounting for 911 truth and pathways are cleared to make revelations easier..

There is also the rise of new voices in the movement bringing new legitimacy, like architect, Richard Gage. One of Gage's goals is to unite more and more members of the AIA, American Institute of Architects, behind the push to re-investigate the wtc collapses and reverse that institution's previous support for the official faulty findings.

Radio Interview On We The People Radio Network

“… guilty creatures, sitting at a play,
Have by the very cunning of the scene
Been struck so to the soul that presently
They have proclaim'd their malefactions;
For murder, though it have no tongue, will speak
With most miraculous organ”

Our Burning Man Art Installation called “TruthBurn” is aimed at eliciting the same kind of response for truth that Shakespeare’s Hamlet sought.

Our plan is to raise the funds for and build this twenty foot tall 40 ton structural steel art piece with the 8 foot tall steel letters “Truth” engulfed in flames. Towards the close of the Burning Man Art festival, the piece will be brought down in spectacular fashion by two steel melting thermate cutter charges set midway on the two massive foot square steel support columns.

It is believed by a growing body of engineers and experts that similar charges were used to bring down the World Trade buildings on September 11, 2001. The so called “Truth Movement” in the is gaining momentum. The art piece “TruthBurn” is intended to help this movement gain more publicity as it creates a powerful artistic statement.

The sculpture can have a second life as it travels the gallery and museum circuit.

Our time to raise $60,000.00 to realize this dream is confined to a few short months. We must raise this money by the end of June.

If you see the implications that this powerful re-enactment of destructive capability has on bolstering the need for further 911 investigations and hearings, then please support this project without delay.

The artist has secured the advice and expertise of design architects, steel fabricators and a range of support individuals. John Parulis is a life long activist with distinguished service with GreenPeace, documenting many of its environmental actions for film and television. He brings more than 20 years training in art and craft to a passion for activism with soul. The “TruthBurn” art installation can be thought of as a service to many, a call to responsibility to the truth for a few.